Pride of the Diamond

Coach Neiman to speak at the 2021 ABCA Coaches Convetion

The 24 clinic presentations, presented by ATEC, will run the gamut of baseball topics from Thursday, Jan. 7 through Sunday, Jan. 10, 2021. The speaker lineup features a multitude of coaches from every division, including six current NCAA Div. I head coaches and two NJCAA national champion coaches!

The tremendous list of speakers has been arranged by ABCA Second Vice President Rick Hitt of South Florida State College with the assistance of ABCA Third Vice President Jim Schlossnagle of TCU. In addition to the main-stage clinics, the ABCA Convention also features 12 presentations in the Youth Coaches Session, numerous presentations in the Expo Theater as well as Hot Stove Panel Sessions. It will be more than 50 educational sessions during the Virtual Convention!

Coach Neiman will be presenting on “Comprehensive Leadership in College Coaching”.  Neiman just finished his 30th season as the skipper for DeSales University.  In his time in the dugout the Bulldogs have won 741 games including 30+ games five times, 20+ games in 24 of his 29 seasons and 19 straight years (excluding last year’s pandemic shortened season).  He has amassed a 741-420-5 (.638) overall record.  He is also the only coach in DeSales history to win 700+ games in any sport. 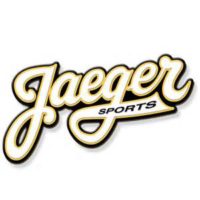